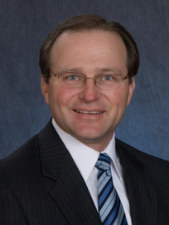 Craig Glogowski is a seasoned campaign director and has worked with dozens of community and economic development organizations across the U.S.  His has also served non-profit organizations as both a senior executive, and as a volunteer.  NCDS clients benefit from Craig’s confident engagement with top community leaders and his expertise in advising and counseling professional staff.

Craig brings his clients the added benefit of having served in senior leadership roles for two major non-profits in the education and healthcare sectors, both as Foundation Executive Director and Director of Development responsible for all fundraising and marketing of the organization.  As a volunteer, he has served on the boards of the Grand Junction Economic Partnership, Western Colorado Contractors Foundation, Grand Junction Lions Club and others.

Before joining NCDS, Craig was a senior staffer for one of Colorado’s United States Senators where he used his organizational skills in directing the Senator’s activities in the Western part of the state. He supervised the field office and managed casework and issues while working directly with local public officials, chambers of commerce, economic development organizations and the news media.

He served in the United States Marine Corps and holds a Bachelor of Business Administration with emphasis in Finance from Colorado Mesa University where he served as student body president.

Craig and his wife, Monica, and their three sons, Jacob, Joshua and Joel live in Colorado where they are very active in the Community.