Building Great Communities One Campaign at a Time.

How talent attraction strategies are shaping the future of cities 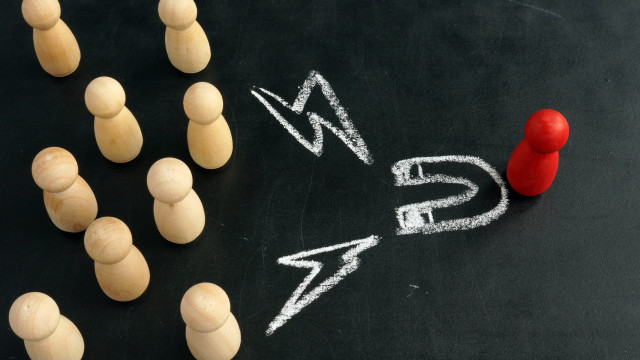 Two weeks ago, the Global  Talent Competitiveness Index for 2020 was released at the World Economic Forum in Davos, ranking 132 countries and 155 cities for their ability to attract, grow and retain talent. There was one finding in particular that stood out to us: “The gap between talent champions (almost all of them high income countries) and the rest of the world is widening.”

If the bar is being moved ever higher, how can smaller destinations improve their offering to compete against New York, London, Tokyo and the other ‘talent champions’ of the world? And what can we learn from cities who have mastered the art of competing for talent against the economic might of the tier one cities? We looked at three differing approaches to explore the common success factors.

Financial incentives or way of life? Topeka and Tulsa have a winning combination

Perhaps unsurprisingly, America ranked second out of 132 countries. And US cities dominate in the cities ranking too, with New York, San Francisco, Boston, and Los Angeles all ranking amongst the top ten. However, with the highest employment rates in America for over a decade, the competition for talent is fierce. And perhaps more so if you’re not a major economic powerhouse yourself.

With Generation Z increasingly prioritising quality of life over the thrill of living in a mega-city, there’s a new gap in the market for talent attraction strategies. One that Topeka, Kansas, has jumped to fill.

Under the pilot programme “Choose Topeka”, the city is offering up  to $15,000 to encourage talent to move to Topeka. The Greater Topeka Partnership received hundreds of requests from all over the world. While the incentive is undoubtedly a motivator, the messaging behind their proposal promises that any prospective resident will play a role in shaping the future of the city.

Tulsa, Oklahoma, ran a similar programme, offering $10,000 dollars as a relocation incentive. “We see it as the opportunity to locate in a city that provides an almost immediate opportunity to become involved and engaged at a high level in shaping the future of the city,” explained Kian Kamas, Chief of Economic Development for the Office of the Mayor in the City of Tulsa. “We really think the things that sets Tulsa apart from other cities is our willingness to welcome young people who have big ideas and want to make an impact.”

Bizkaia Talent is a specialist non-profit agency set up to focus on attracting and retaining talent in the city of Bilbao and the regions of Biscay and the Basque Country in Northern Spain. Their innovative approach saw them ranking third for talent retention in the GTC Index. [For reference, Singapore is the only “top” city to have ranked in the top 39, coming 20th for talent retention.]

Proof of a very forward-thinking government, Bizkaia Talent was established in 2005 with funding from the Economic Development Department of the Provincial Government of Biscay – faced with forecasts of a declining talent pool and low birth rate that would have a negative impact on the most industrious region of Spain. This seemed even more prescient after the Spanish economy crashed in 2008, leading to many skilled workers emigrating to find work elsewhere in Europe.

Just a few of the initiatives launched by Bizkaia Talent include the Be Basque Talent Network, the Basque Talent Observatory, and Be Basque Talent conferences.  The Talent Network encourages the young, educated Spanish diaspora considering a return to the home country to sign up, as well as other nationality graduates with the right skills.  Ivan Jimenez, the Managing Director of Bizkaia Talent credits LinkedIn as the tool of choice for targeting and attracting sign-ups to the network.  The Talent Observatory is a digital platform utilising a neuro-linguistic tool to trawl data from on-line job platforms to analyse and visualise talent searches from businesses in the region for highly qualified applicants – facilitating the job search for international applicants.  The touring Be Basque Talent conferences are the final link in the chain of initiatives designed to match businesses with engaged diaspora and prospective citizens. And they also work to tailor their message for each region – the work-life balance could be promoted in Germany, while an entirely different focus is given to the conversation elsewhere.

Bizkaia Talent continues to add to its portfolio of initiatives designed to not only attract but also retain highly skilled workers - the Be Basque Dial Career Centre offer support for spouses of international talent to ensure they’re equally welcomed into the region.

Copenhagen: Do you speak our language?

Whilst not a mega-city, Copenhagen ranks among the talent leaders of the world and came 15th in the GTC Index.  The talent team within Copenhagen Capacity, the city’s economic development board, also focus on the quality of life of the Danish capital and the surrounding region.  Their City Nation Place Award-winning approach to talent attraction not only demonstrates how digital technology can be harnessed, but also that understanding the passions and motivations of your target audience will reap rewards.

In 2016, Copenhagen was facing a shortage of tech talent. In fact, 50% of all Danish companies were having difficulty hiring IT talent. In steps the Codenhagen Challenge.

Copenhagen Capacity partnered with Denmark’s largest e-Sport event, the “Blast-Pro Series”, attended by 12,000, live-streamed through Twitch, and reaching 275m households around the world through five different broadcast channels. The Codenhagen Challenge invited gamers to break the code - the social media campaign targeted coders by presenting them with competition clues written in coding languages – languages which know no geographical boundaries. While screening for a specific talent, they also promoted Greater Copenhagen as a fun and engaging place, with a great quality of life and also a greener lifestyle. The uptake was impressive. At the end of the competition, Copenhagen was left with a talent pool of over 3000 tech-savvy individuals – all of whom are engaged in the idea of moving to Copenhagen.

The keys to successful talent attraction strategies in the 2020s

The Global Talent Competitiveness Index highlights the growing disparity between the economic giants and the rest of the world, but smarter places have plenty of opportunities to attract the right people.

Places that have dedicated talent attraction teams, even a talent agency, are able to use the data to develop a longer-term tail of talent.

Indeed – any type of talent.  Creating your own bespoke tools as Bizkaia Talent have done, or just using digital channels to target and to speak to prospective workers in the right place at the right time – it’s not the size of your city, but the innovative thinking that counts.

3. The Quality of Life factor

The next generation of bosses and workers are motivated not just by money but also by quality of life considerations. Increasing numbers of people are looking for greater community, a slower pace, and the benefits of remote working.  Tier 2 cities, smaller municipalities, and even rural locations can leverage these assets in their place brand and talent attraction strategy.

EXPANDING OUR ENTREPRENEURIAL IMAGINATION IN INDIANAPOLIS

How to Engage Women Donors

“NCDS has been our fundraising firm of choice since they first helped us devise the Forward Sioux Falls operating model in 1987, and raised $1.8 million to implement it.  Not only is the firm exceptionally skilled at raising money, they also understand the importance of generating buy-in and sustained commitment.  NCDS has helped us exceed goal in seven campaigns, the latest of which has a $15.5 million target, and when the current campaign is completed, NCDS will have helped us raise $53 million to fund our initiatives.  Our top community leaders expect the best from our organization, and the exceptional team at NCDS always works hard to help us exceed those expectations.”

and receive the latest News and Information from National Community Development Services, Inc.
Thanks for signing up!